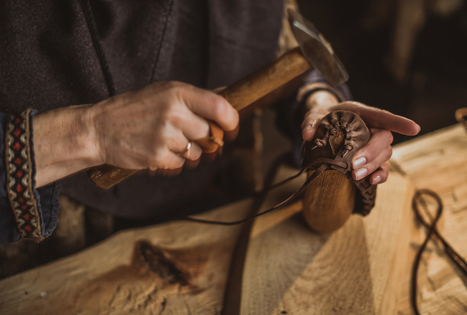 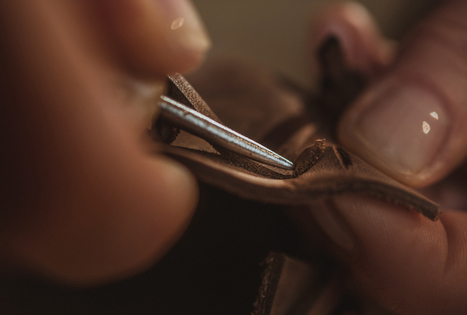 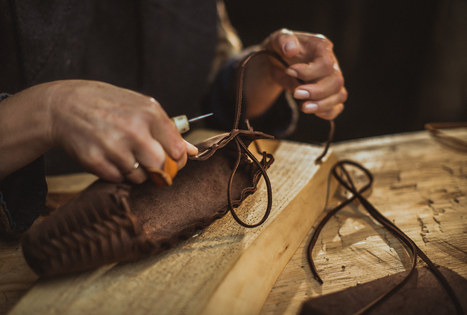 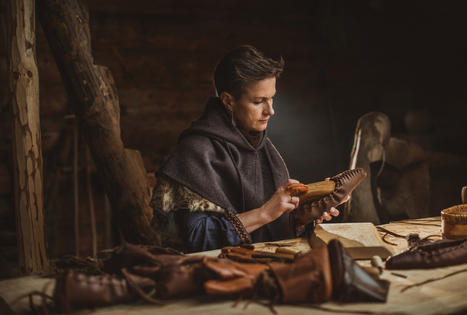 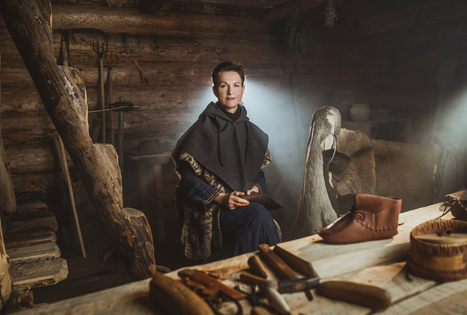 Shoemaking traditions go back to antiquity. This craft was born out of the need to protect the feet from various environmental factors. Even though styles and materials have changed over the years, the main production techniques remain the same. Handmaking bespoke shoes is a long and complex process. So even now, this kind of footwear is highly valued and people are willing to pay huge amounts of money for it.

Shoemaking was developed by the Greeks and the Romans. This craft developed the most at the end of the first millennium, with the emergence of cities. Footwear was traditionally made by shoemakers and cobblers, although the latter spent more time repairing footwear than making it. They say shoemakers and cobblers used to compete with each other. Shoemakers belonged to workshops and made bespoke shoes, while cobblers were freelance craftsmen who would travel from one place to another, mostly working in remote areas.

In Lithuania, a person who made a living from shoemaking was usually called a šiaučius. Normally, they worked alone, making custom-made shoes at home. In towns and cities, there were also larger workshops with hired workers. Those who wanted to learn this craft usually spent almost a year training with an experienced craftsman. There were also “shoemaker dynasties”, where the grandfather, father and son all made shoes.

Shoemakers made a variety of footwear: shoes, sandals, clogs, knitted slippers, leather slippers, bast shoes. The materials that the shoes were made of also varied, such as worked leather, wood, bark, rubber, canvas or fur.

Since ancient times, the everyday footwear worn by Lithuanian men and women included leather slippers (naginės), bast shoes (vyžos), knitted slippers (čempės) and clogs (klumpės). Leather slippers and bast shoes were widespread throughout Lithuania, while knitted slippers were popular in Dzūkija and clogs were popular in Samogitia and western Užnemunė. When wearing their everyday footwear for chores, peasants usually wrapped their feet in foot-cloths or wore knit wool socks.

They used to weave bast shoes from willow or lime bast. They would make loops on the sides that they would insert round sticks into, and they would reinforce the soles so they lasted longer. Leather slippers were made by puckering rectangular pieces of bovine and porcine skin, making holes at the ends and in the sides for sewing the front of the slippers and covering the sides, leaving the counter unsewn. To wear them, they would wrap their feet in foot-cloths, step into the slippers, pull them up, and then wind strings around their feet and tie them. Knitted slippers were similar to bast shoes, only they were knit from thick-spun linen, hemp or wool yarn and their soles were covered with melton or leather. Clogs are shoes with wooden soles and a leather upper. Light, soft wood that was not prone to cracking (aspen, birch, linden) was used to work on the clogs. Oak, ash and apple are not suitable due to their weight.

The oldest remnants of leather footwear found in Lithuania date back to the middle of the 1st millennium. Boots with a buckle strap were discovered at Plinkaigalis Cemetery (Kėdainiai district). During archaeological excavations, buckles, tassels and spirals that were used to adorn footwear are often found. During that period, rich people used to attach iron and brass spurs to their shoes for urging on horses, while the common people wore more simple footwear: leather slippers and bast shoes.

When Lithuania established closer contacts with the countries of Europe during the times of Gediminas, European footwear fashions came to our lands. From the 14th century, various leather footwear can be found in the cultural strata of cities and estates: sandals, loafers, top-boots. By then, shoes were already being sewn by professional craftsmen who had their own workshops and special tools – lasts, awls and leather knives. This is evidenced by the site of a late 15th–16th century cobbler workshop on Kurpių Street in Klaipėda that has been researched and the treasure trove of early 15th century tanner tools that were found on the grounds of the Palace of the Grand Dukes in Vilnius. And in 1522, Vilnius shoemakers had already united into a workshop. So in the 16th and 17th centuries, the beauty and comfort of the shoes worn by Lithuanian noblemen and townspeople were taken care of by true professionals.

Footwear fashions were dictated by France

In the 18th and 19th centuries, France had the greatest influence on global fashion. The modernisation process that has begun covered every area of life, and more and more innovations emerged. The chemical industry, which gave birth to wonderful new synthetic materials, including plastics, artificial silk and viscose, became important.

Following Western European trends, fashions in Lithuania changed as well. The silhouette, shape, materials and finish of women’s footwear changed. By the end of the 18th century, shoes with higher heels had already become standard. Even peasant women began wearing them with their best clothes. In addition to leather shoes, lightweight textile shoes for indoor use – often made from satin or silk – also became popular. They were often decorated with roses or lilies, or sometimes even feathers, and they were tied with ribbons or clasped with nice little buckles. In winter, women’s shoes were lined with fur.

In the past, this craft was truly profitable. However, the mass production of shoes has left artisans with fewer and fewer customers. These days, handmade shoes are ordered by people in certain professions, such as dancers, or by people who want special, exclusive style and don’t mind paying for it. There are currently six certified shoemakers in Lithuania. 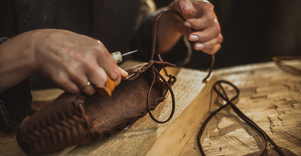 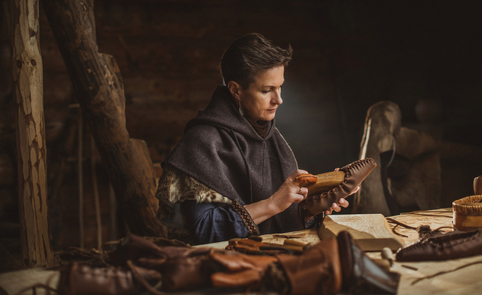 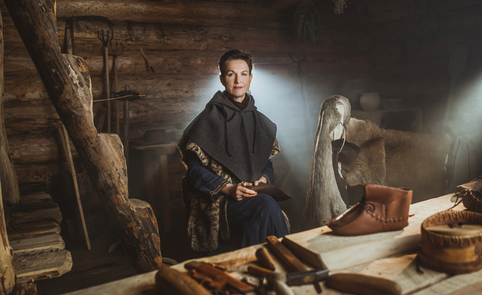 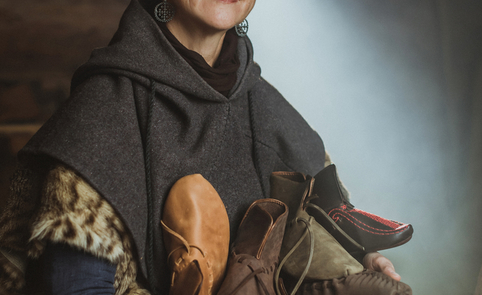