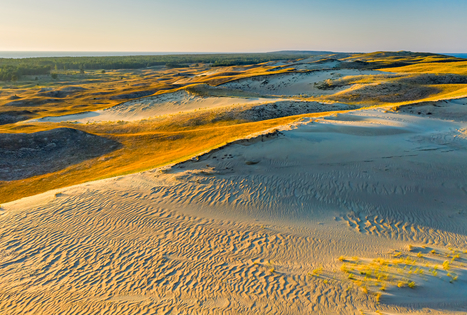 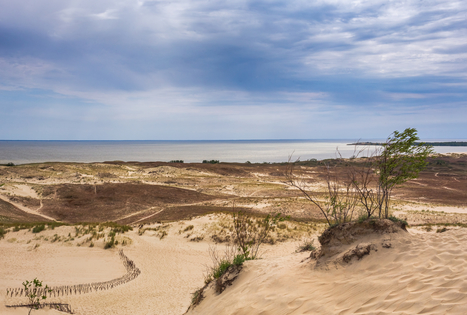 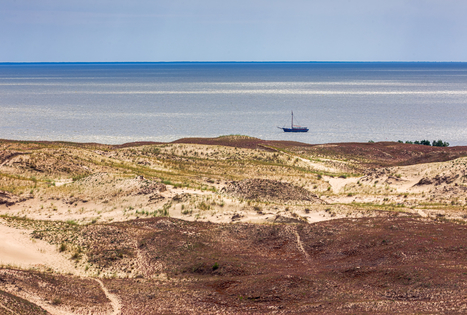 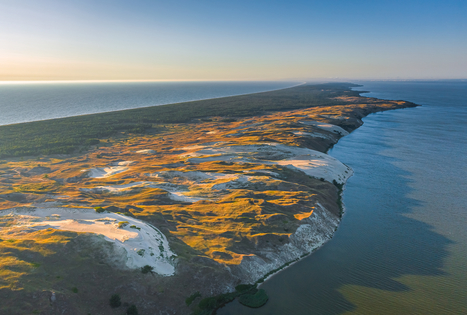 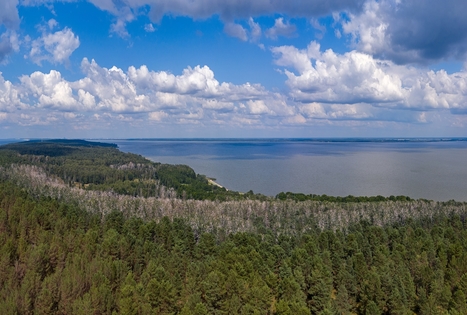 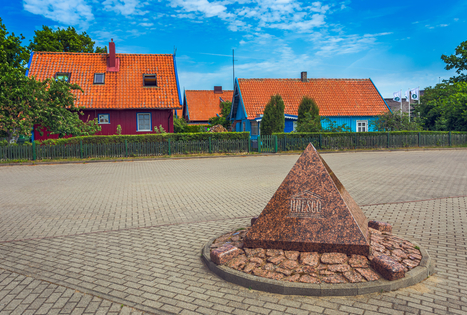 The Curonian Spit is a unique creation of nature and man. Some 98 kilometres long and 0.4 to 4 kilometres wide, this sand dune peninsula separates the Curonian Lagoon from the Baltic Sea.

The Curonian Spit was inscribed on the UNESCO World Heritage List in December 2000 based on criterion (v). This states that the Curonian Spit is an outstanding example of a landscape of sand dunes that is under constant threat from natural forces (wind, flood and tide). After disastrous human interventions that menaced its survival, the spit was reclaimed by massive protection and stabilisation works that began in the 19th century and are still continuing to the present day.

Harmonious Interaction Between Man and Nature

The landscape of the Curonian Spit is formed by the harmonious interaction of man and nature. The atmosphere and uniqueness of the cultural landscape of the Curonian Spit is determined not only by its natural beauty, but also by its authentic local intangible heritage. This includes traditional crafts, regional folklore and artistic traditions, as well as the maritime cultural heritage of such importance to the area’s development and the fishermen’s ethnographic lifestyle. Also of importance to the intangible heritage of the Curonian Spit are the recreational activities and cultural leisure traditions that date back to the 19th century.

The Curonian Spit is a unique example of the coexistence of man and nature, illustrating man’s ability to adapt to nature without damaging it.

History’s Twists and Turns: Constantly Ruled by Someone Else

Humans had already settled in the Curonian Spit in prehistoric times. Scientists say that the Curonian Spit was formed by the wind and the waves of the Baltic Sea more than 5,000 years ago. Initially, a bare, narrow strip of sea sand formed at the Sambia Peninsula that gradually grew longer. Over time, the waves and currents of the sea brought more and more sand, and the strip got wider, eventually separating the lagoon from the sea.

The gem of the Curonian Spit is its sand dunes, which formed from wind-blown sand. The wind would cause the dunes to drift into the lagoon, thus turning the coast into land.

Filling the lagoon with sand, the spit got wider, stretching from west to east. This movement stopped when forests began to grow here during the Stone Age. It is believed that this is also when the first people settled in the Curonian Spit.

The name of the spit is related to the Curonians, a Baltic tribe that lived on the shores of what are now the western parts of Latvia and northern Lithuania.

However, Lithuania did not enjoy it for long – once World War II began, the Curonian Spit and the Klaipėda Region fell back to Germany. After the defeat of Nazi Germany, the northern part of the Curonian Spit was annexed to the Lithuanian SSR, while the southern part went to the Russian SFSR’s Kaliningrad Oblast.

Once the Soviet Union collapsed and Lithuania regained its independence, the northern part of the Curonian Spit became part of the Republic of Lithuania again.

The interaction of man and nature formed the authentic cultural landscape of the Curonian Spit, the most valuable elements and features of which are:

Not Just Natural Forces That Pose a Danger

The survival of the Curonian Spit is constantly threatened not only by natural forces, but by human activity as well. The area is particularly vulnerable to the threat of climate change. Adverse manifestations of climate change, irresponsible human activity, fires caused by hot weather, intensive development and tourism are just some of the dangers.

In order to preserve the special beauty and natural and cultural qualities of the Curonian Spit, the area is carefully protected. In both countries, the Curonian Spit is situated in national parks, the status of which makes it possible to ensure the protection of the area. Both states that the Curonian Spit belongs to are responsible for its preservation.*

*In the Republic of Lithuania, any activity posing a threat to the Outstanding Universal Value of the Curonian Spit is prohibited under the Law on Protected Areas and the Protection Regulation of the Curonian Spit National Park. The Russian Federation also has laws for protected natural areas in place. The Ministry of Environment is responsible for protection in the Republic of Lithuania, and the Ministry of Natural Resources and Environment is responsible in the Russian Federation. Both governments have set up national park authorities which play a key role in the conservation of the area and coastal management. 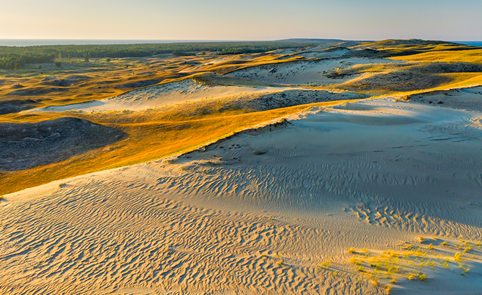 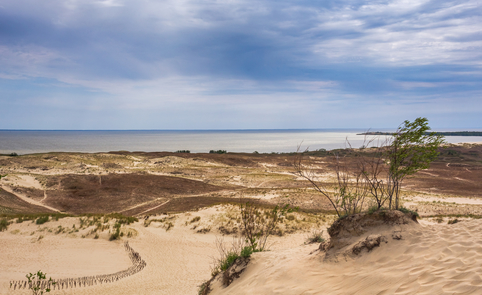 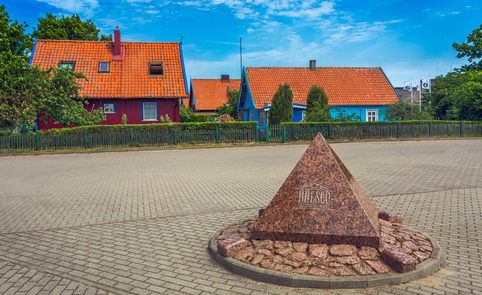 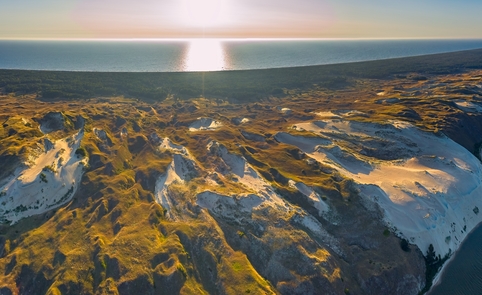