The craft of paper cutting: a reflection of folk culture and worldview 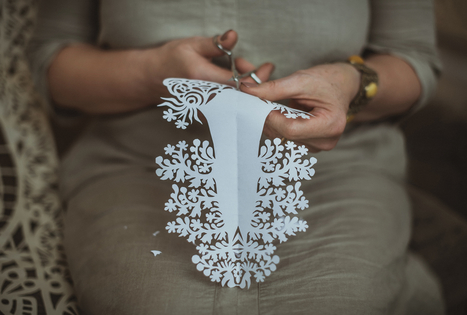 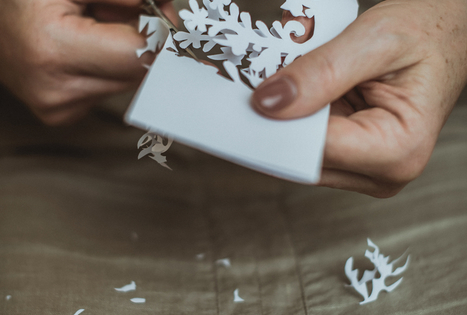 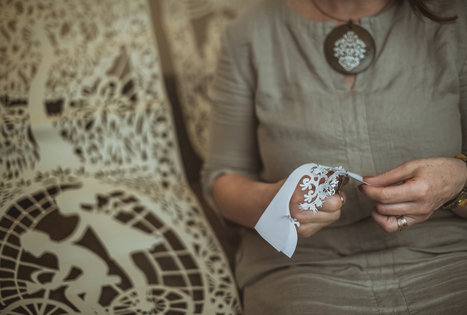 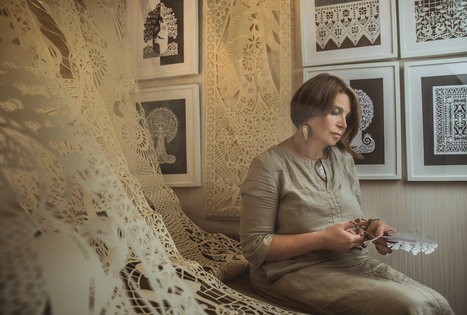 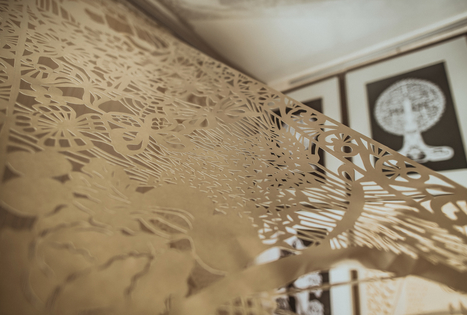 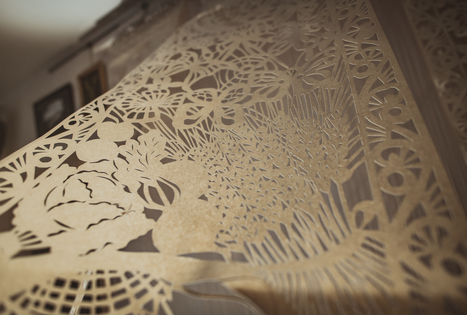 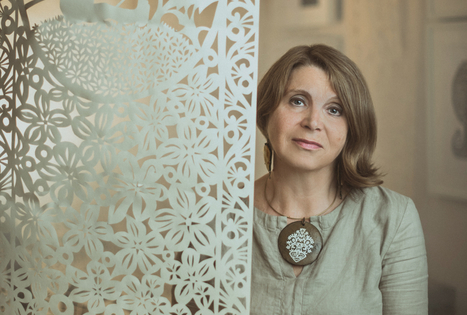 Paper cutting has been known in Lithuania since the 16th century. By cutting folklore and nature motifs, a person’s personal relationship with the world is expressed.

The craft of paper cutting has deep-rooted traditions in China and Japan – the countries where paper first appeared. Silk painters used paper stencils in their craft. Later, this technique began to spread to other countries and became a separate branch of art.

However, paper is not a very sturdy material, so there are very few paper cuttings left from ancient times. Paper came to Europe during the Middle Ages on the Silk Road, travelling through India, Persia and Turkey. It reached Spain, Portugal and Holland by boats. Meanwhile, to Lithuania this craft came via Poland.

Since days of old, many nations used cuttings to decorate their homes. The national features of one nation or another were very prominent in the cuttings – the motif of tree of life, distinct ornamentation and symbolism.

Out of poverty and a desire to live nicer

The beginning of paper cutting in Lithuania is marked in the 16th century. At that time, there were old stamps which were believed to be cut by clerks at government offices, estates and monasteries. In the first half of the 19th century, paper cuttings appeared in Lithuanian folk life and became commonplace. With the onset of the Soviet era, when the government suppressed any manifestations of nationality, paper village handicrafts were forgotten.

Paper cuttings were used in Lithuania as elements of home décor. In the towns, women could decorate their homes with lace, crochet or woven tablecloths. In the villages, people were poorer, but the women wanted to live nicely. So, they decorated their homes with paper cuttings. Curtains were cut: rectangular, hung at the top of the window, and triangular, with serrated edges. Sometimes they made imitations of the long, tied curtains that were popular in towns, also known as “peacock tails”.

Small runners were also cut to adorn shelves, and pictures of saints were decorated with paper cuttings, with the picture frames trimmed with coloured flowers as well. Lampshades and decorative mats for flower pots were made from paper cuttings as well.

Items for household use were also cut from paper, such as doilies or curtains to decorate the upper edges of the bread oven on holidays. Coffins were decorated with paper cuttings as well. Special paper cuttings with birds, horses, apples, bells and other silhouettes were created for weddings, to decorate the place where the newlyweds were seated.

A reflection of folk culture

The majority of paper cuttings were done by women. Paper cutting doesn’t take a lot of preparation – all you need are scissors or a special blade. Paper cuttings were usually created from memory, trying not to repeat patterns. Experienced cutters used to know what they would cut and had sketches of their ideas prepared in advance. Sometimes a knife was used – these paper cuttings were more valued because they required knowing how to draw. In addition, these were more often done by men.

Both white and coloured paper was used. Coloured or dark paper was usually used as a background. Poorer people had to cut newspapers, while paper cuttings were less common in towns. However, they were available in the market.

The themes of paper cuttings range from nature motifs and spindles to pottery ornaments and angels. Each cutter has his or her own style. Some like folk themes, some like to create story lines, and others create pieces that resemble graphic art. However, many Lithuanian paper cuttings nevertheless reflect folk culture and its patterns. The tulip, bird and tree of life ornaments that have been popular from the origins of Lithuanian paper cutting are still alive to this day. In their work, Lithuanians prefer earth tones: browns, yellows, greens.

All paper cuttings can be split into three groups: symmetrical, asymmetrical or mixed. In addition, paper cuttings are either “positive” or “negative” (mirrored), which are created by folding the paper numerous times. 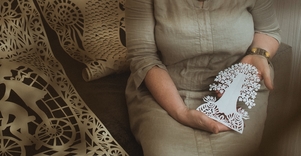 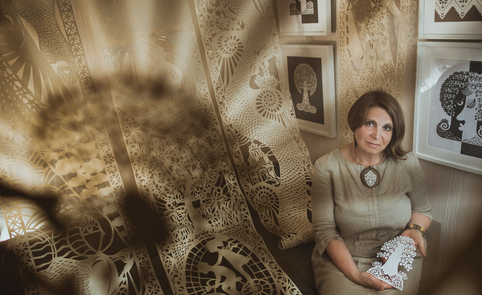 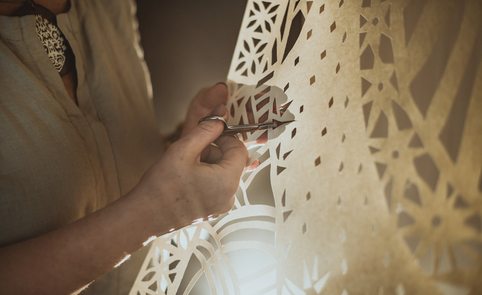