The craft of embroidery: a desire to look nice and live nicely 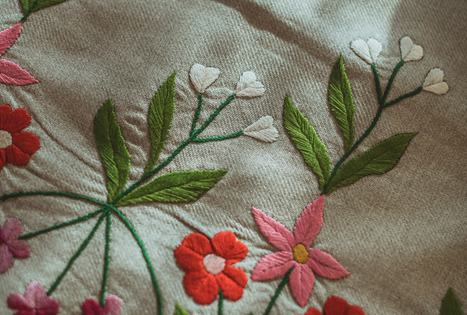 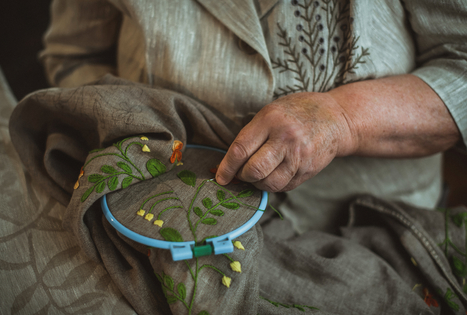 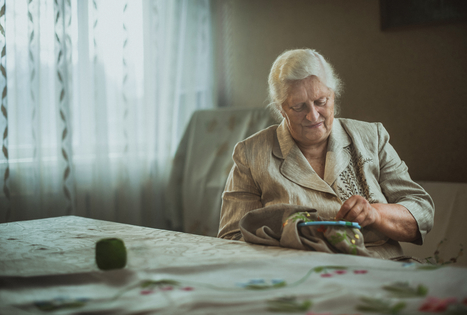 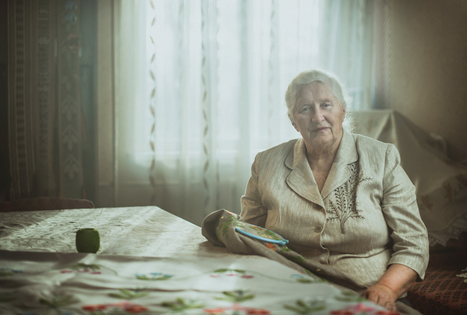 One kerchief with differently embroidered corners – for two Sundays.

The art of embroidery dates back to somewhere around the 5th century BC. According to written sources, this craft has its roots in the East. There are stitched motifs on the sarcophagi of pharaohs that have survived to this day. Ancient peoples made their clothes from linen and wool. Back then, there were cloaks primitively embroidered with irregular patterns. In China and India, clothing was embellished with silk threads, gemstones and pearls. In the past, lavishly decorated garments were a symbol of authority and wealth.

Initially, patterns were copied from hand to hand, and later drawings were published as books. In 1527, the first set of embroidery schemes was printed, with predominantly floral motifs.

Used by Lithuanians to decorate objects of special importance

According to historians, the first written sources about embroidery in Lithuania date back to the 16th century. A letter written by a French traveller mentions a headdress given to him by Duke Vytautas that was decorated with embroidered patterns. It is said that our ancestors only used embroidery to decorate items of special importance or garments which were not used at home, but were reserved for various ceremonies or for church.

In the villages, embroidery was originally done with home-made linen threads, and later – with cotton and silk threads that could be purchased. In the late 19th century, shirt sleeves and collars in south-eastern Lithuania began to be embroidered with black and red botanical and geometric patterns. The women in Dzūkija and Sudovia wore dark aprons decorated with multi-coloured ornaments embroidered with skaistgijos (coloured thread usually made of wool) or šilkvilnė (literally “silk-wool” – wool thread with a sheen similar to silk). In the Klaipėda Region, women often wore a delmonas (a decorative pocket tied to the waist with a woven sash) embellished with different coloured flowers and birds.

A craft that kept improving

Over time, the art of embroidery improved in Lithuania as well. This was influenced by the fact that artisans constantly wanted to create something new and unusual, which led to the emergence of techniques such as embroidery with ribbons and beads. Botanical patterns were the most predominant: flowers, leaves, berries, fruits. Various fabrics were paired with linen, wool, cotton and silk threads. The embroiderers knew a lot of techniques that are still in use today. The most common ones were whitework, shading and openwork, and cross-stitch and straight-stitch embroidery.

Women used to spin very fine linen embroidery threads themselves. They would twist them tightly from two or three strands, and then wash and bleach them. After each wash, the embroidery would become even whiter, shinier and more beautiful. Once cotton threads appeared, they began to be used to decorate linen and cotton handicrafts.

Embroidery was particularly developed at estates and monasteries. In the 19th century, it became a hobby for the nobility and townspeople. Embroidery was used to decorate clothes, fabrics, liturgical textiles (flags, baldachins, vestments), furniture covers, wall hangings, portières and aprons. Dark underskirts were adorned with botanical ornaments along the hem. The bottoms of white cotton skirts were decorated with white embroidered openwork. These pieces were larger than white cotton kerchiefs decorated with the same technique. The two opposite corners of a kerchief were usually embroidered with different intricate ornamentation. When wearing a shawl, one corner would be folded for display on one Sunday, and the second corner would be shown on the next Sunday.

In the first half of the 20th century, embroidery was taught in secondary schools and at special courses. This craft was extremely popular in everyday life after World War II as well. Many Lithuanian woman had mastered this craft, even at the end of the 20th century. With the ensuing modernisation of culture, the focus on embroidery diminished and it was more developed in professional textiles.

Hand embroidery is now a sign of luxury and quality. This craft is used by high fashion houses to create their masterpieces. There are currently 17 certified embroidery artisans in Lithuania.

“Reflections of Karaite Culture in Embroidery” 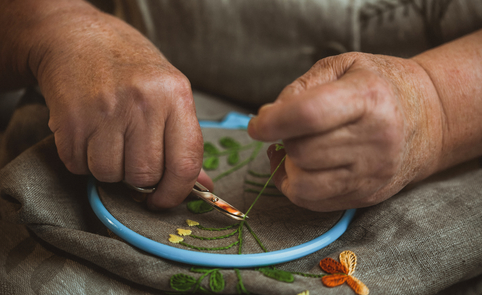 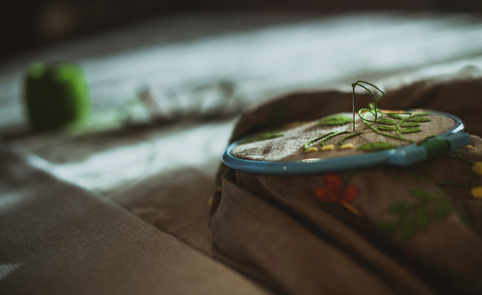 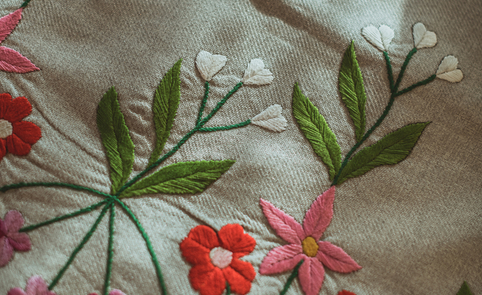